NOT TO WORRY GET IN A FLURRY 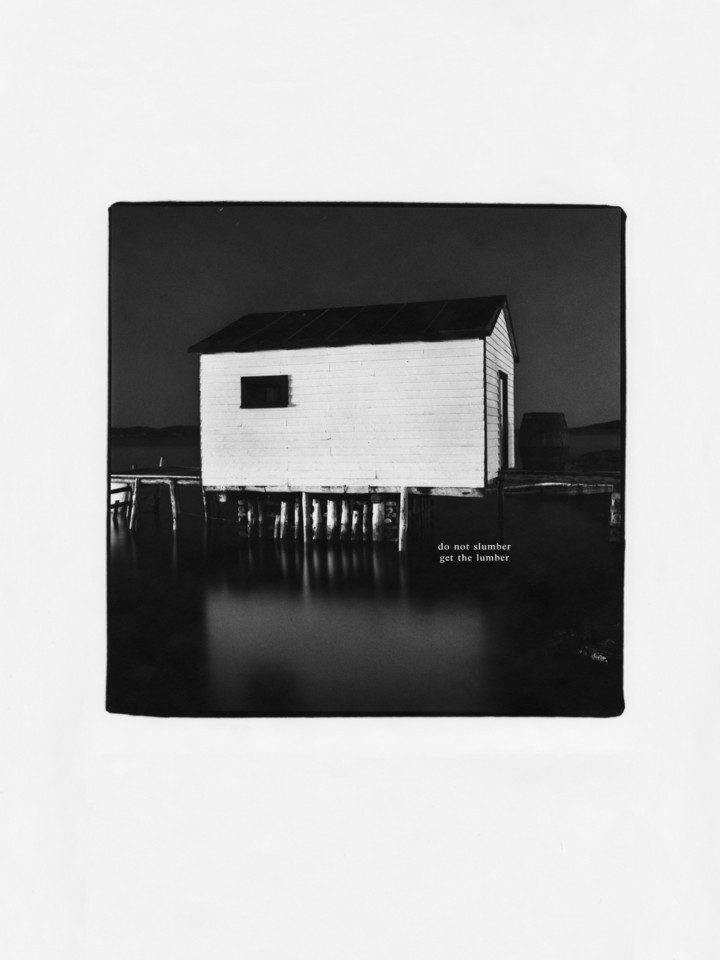 Do not slumber. Get the lumber. 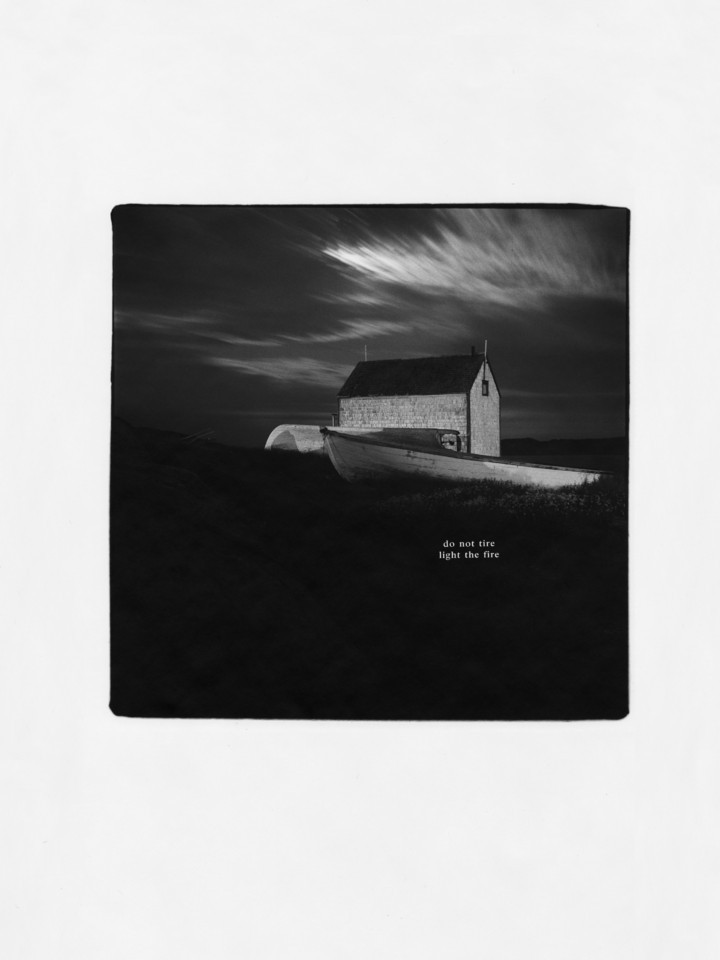 Do not tire. Light the fire. 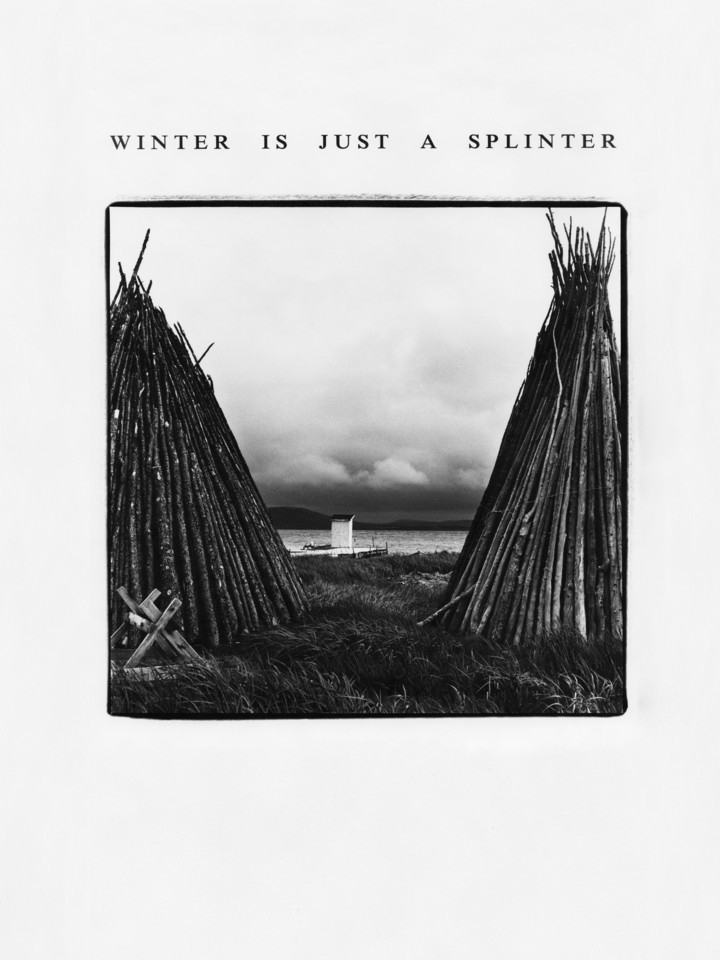 WINTER IS JUST A SPLINTER

This five photograph series was the result of an adventure I undertook in the summer of 1978. I was a NSCAD student deeply touched by Robert Frank’s visit to my photo class and his advice to quit school and make photographs. With no driving license, I looked to alternatives and joined a handful of passengers on a working freighter delivering household goods along the north shore of Quebec and Labrador. I had my $75 Minolta Autocord camera and tripod. I didn’t have enough money for a berth so I stayed on the upper deck with my knapsack, camera and sleeping bag. Departing from Sept Illes the landscape was barren and exotic to me. It became even more so as we travelled north. The freighter boat stopped at prescribed locations and skiffs came out to pick up the food and equipment orders. At some communities we pulled into wharfs and unloaded fridges, building supplies, beer and food. The boat stopped for several hours at Harrington Harbour. I was amazed at the maze of wooden boardwalks that snaked out from the wharf, through the town and into the landscape. I decided to leave ship and stay awhile. Four weeks later, I rejoined the freighter boat. Further north in Cartwright, Labrador I had a long afternoon ashore while the ship unloaded cargo further along in Goose Bay. I walked across the landscape to the lumber pile seen in photo 5. I felt strangely anticipated. Blanche welcomed me into her home with no indoor plumbing and no piped water, which she shared with her silent brother. She made tea and told me stories of her life in Cartwright. She shared back issues of, “Them Days,” a revered regional history project and quarterly publication. I asked to take her portrait. Photographs 1 and 5 were taken at Blanche’s family wharf next the house. Her apron is just visible under her coat. The other photographs are from my 4week stay in Harrington Harbour. I rejoined the boat six hours later and continued North to Red Bay, Labrador. There I would stop again. Eventually I would catch a mail plane south again to Newfoundland. I was awash in feelings, sensations and confused ambitions after that two month trip. I didn’t go back to NSACD but instead to Ottawa where my family lived. I lived in a miniature apartment downtown. I had a turquoise Remington typewriter and I spent most days typing phrases about what I had seen and experienced on the North Shore. I shifted through photographs and images coming eventually to this text and five photos. Soon afterwards I returned to NSCAD to complete my BFA studies. My 1978 freighter trip touched me, changed me and came back to me in 2010 when I asked Wanda Koop to come with me on a freighter up the St. Lawrence to make, “KOOP,” my film that explores her love of observation, note taking and travel. On that trip we docked at Port Cartier, a site I remembered from 1979.